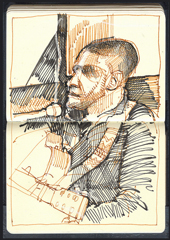 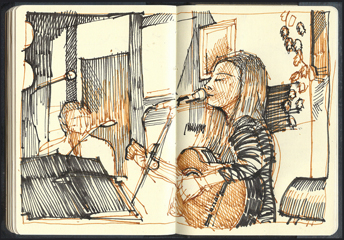 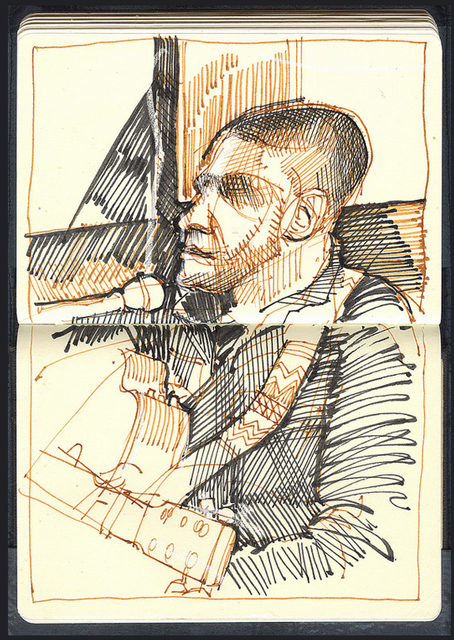 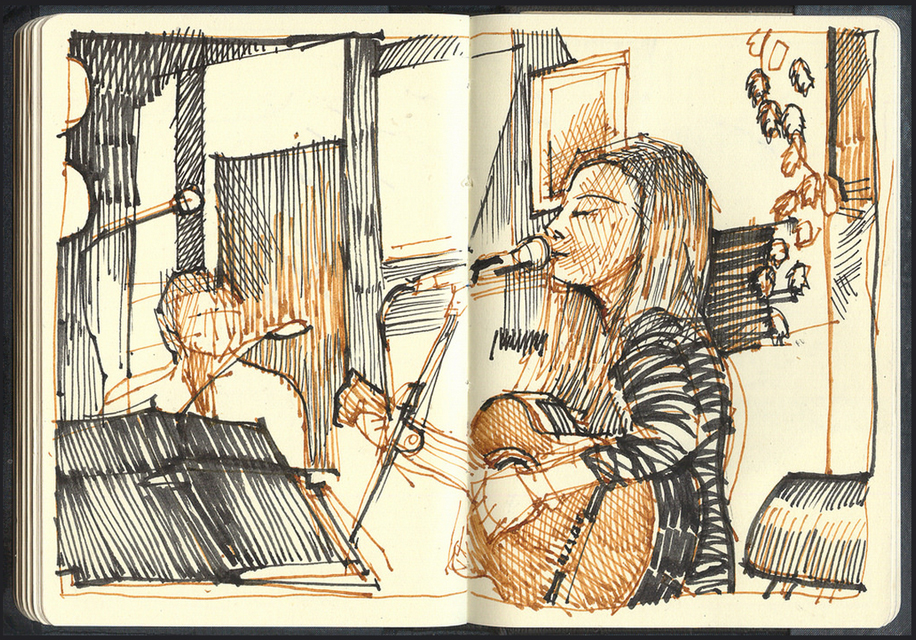 "Great music in a lovely setting. Both artists were great."

"Dave Pilla was excellent. Just the sort of music we like."

"Really great, prefer groups though. Nice and warm and bright."

"Can you improve on perfect?"

"Last time I said about not being able to print tickets - not getting email tickets. It worked fine this time (on the PC) last time was on my phone."

[Ed: The site has been modified to make it more smartphone friendly now. The print button now does not appear on mobile screens. Printing is possible on smartphones, for example using Google Cloud. It is a function of the web browser you use and the set-up of your phone not the web site.]

[Ed: Sorry but selling food and drink is not going to be possible. Apart from the licencing issues, there is little or no physical space and time during the evening, nor during the set-up and clearing-up, to fit it in. The posters and the email containing the tickets inform about an event being BYOB and an email was issued to the earlier ticket-buyers about this (to the irritation of at least one.) The web site, on this occasion failed to mention it. My apologies for that.]

"Please could you supply some extra cushions!"

[Ed: Yes, there are more cushions available than seats set out for the concerts. We will make sure these are available to those who want them in future. The seating is provided by the venue owners.]

"Keep two distinct halves of about 45-50 mins each with break in middle. Evening rather too long. 10:00pm finish about right."

[Ed: noted. Thank you all for the feedback.]

Dave Pilla is a Wirral born singer-songwriter based in Leeds. Drawing comparisons to the likes of Nick Drake, Jose Gonzalez and Damien Rice, Dave performs understated acoustic music that tugs at the heartstrings. With an ability to deliver low-fi, bleak storytelling and catchy hooks, his songs somehow sink in as deeply with the discerning muso as with ears trained on Radio 1.

“Elevated beyond his peers, Pilla achieves something that his more mainstream alternatives simply cannot; a hand reaches out and takes yours every time you press play on this album. There is an undeniable sense of belonging to his music, as if every track was written for you alone..” 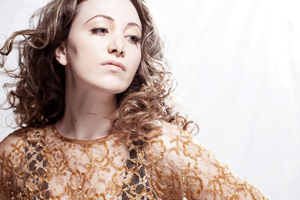 Eleni Mylona is an artist, born and raised in the beautiful island of Cyprus. Her career started in Athens as a vocalist and expands today as a performer and songwriter based in London.

The stage is a familiar territory to Eleni, with truth and emotional depth delivered in each of her unique and breathtaking performances.

Since 2008, Eleni has been composing music, experimenting with jazz, electronic and world music. As a solo artist she has performed in prestigious music venues in London since 2008, including her performance at Union Chapel in 2010.

As a dynamic and versatile performer, she explores different aspects of performance on stage with an emotionally charged interpretation of lyrics and music, that make each of her live performances compelling to watch. Her devotion in creating striking art has led her to continuous search for self- expression translated in creating music and lyrics, designing and painting her own artwork, finding its most powerful expression on stage. Emotions and life experiences take a new meaning for her, delivering to the audience everything a live performance should stand for.