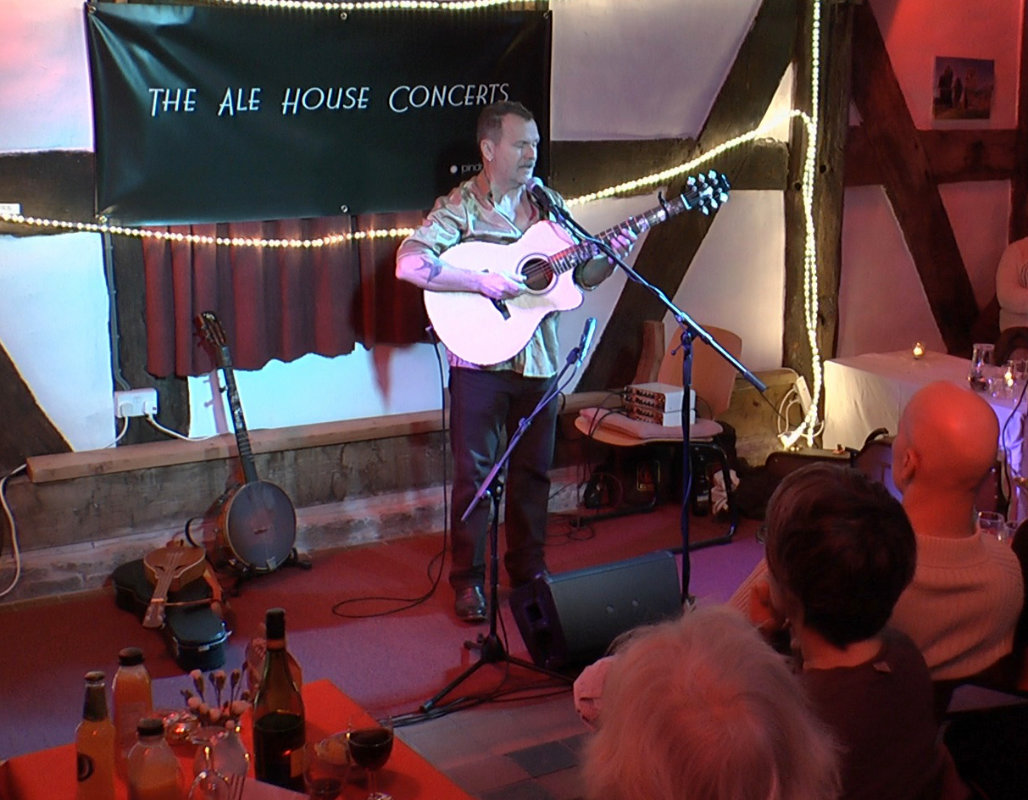 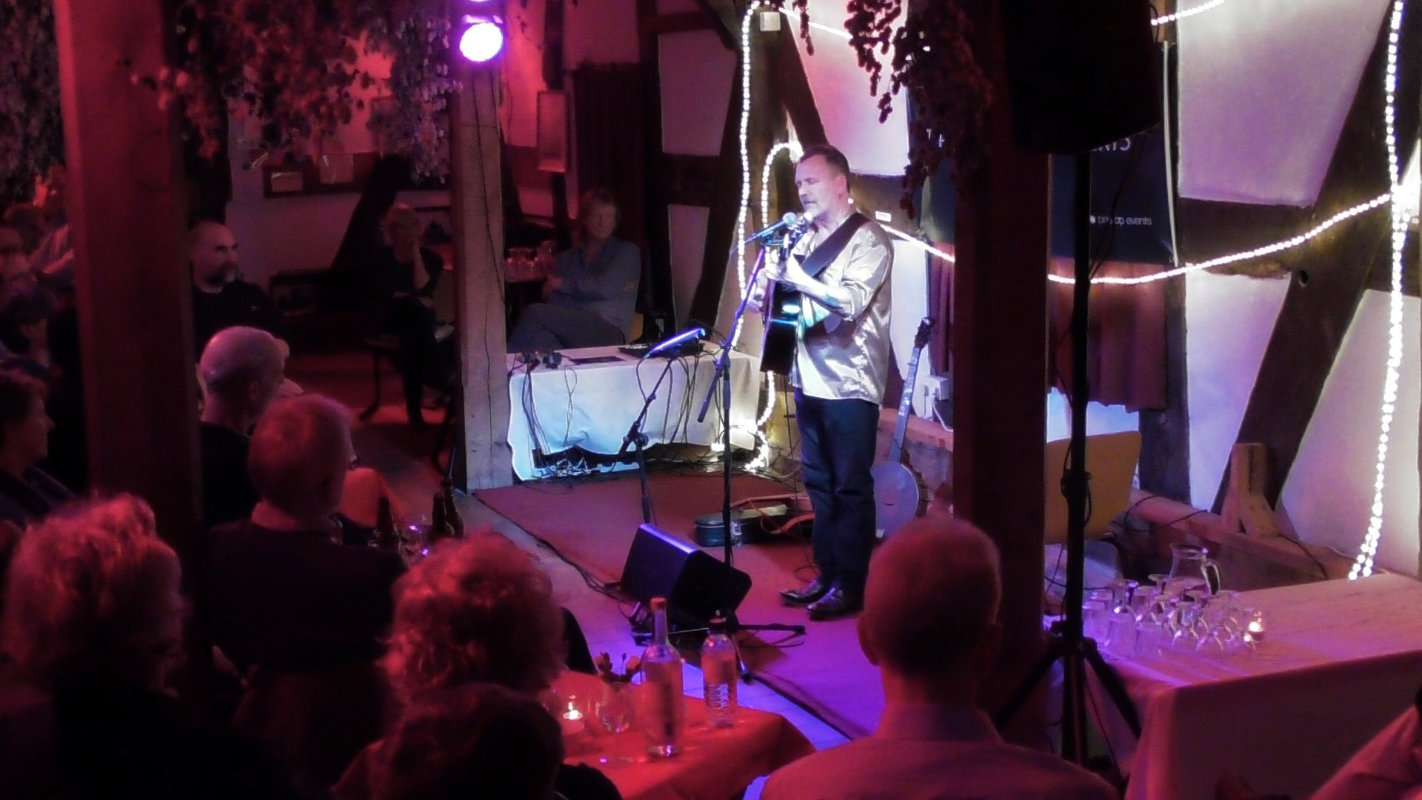 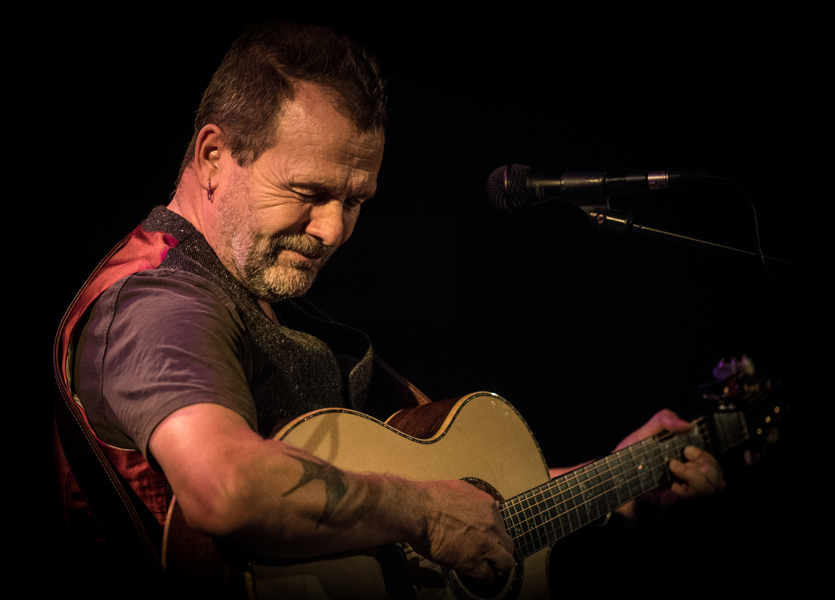 “Martin Simpson has transcended borders and oceans to quietly become a superb storyteller and musician of great depth and unquestionable taste.” Stephen Fearing

The remarkable intimate solo performances Martin gives go from strength to strength - every gig is a masterclass. He travels the length and breadth of the UK and beyond, giving rapt audiences passion, sorrow, love, beauty, tragedy and majesty through his playing.

“What’s it like being the best guitar player in the world…?” Martin’s modesty and grace prevented him from answering this BBC Radio 4 interviewer’s question recently, but the facts speak for themselves.

40 years after he recorded his first album, Golden Vanity, in 1976, Martin is known as a guitarist of formidable talent. Equally at home playing English traditional folk, American folk and blues and his own compositions, he is consistently named as one of the very finest fingerstyle guitar players in the world.

He is listed in Gibson Guitars’ Top 30 Acoustic Guitarists of all time, and Acoustic Guitar readers voted him number 12 guitarist in the world in 2005.

Universally acclaimed as one of the finest ever acoustic and slide guitar players, and a fine banjo-picker to boot, his solo shows bear witness to an artist at the very top of his game. Whether interpreting material from tradition or singing his own potent self-penned songs, Simpson is a remarkable storyteller: captivating and profoundly moving. His own songwriting produced the poignant ‘Never Any Good’, from Prodigal Son, 2007’s Folk Album of the Year.

Martin continues to collaborate with a dazzling array of people from across the musical spectrum: Jackson Browne, Martin Taylor, June Tabor, Richard Hawley, Bonnie Raitt, Danny Thompson, David Hidalgo, Danú, Richard Thompson and Dom Flemons are among the great musicians he has worked with.

In recent years, he has been a lynchpin in the award-winning Full English, The Elizabethan Sessions and, in 2015, recorded Murmurs, an exciting new album with Andy Cutting and Nancy Kerr.

He has had the most nominations of any performer in the 15 years of the BBC Radio 2 Folk Awards, an astonishing 31 times, 12 of those as Musician of the Year, winning that particular accolade twice.

A virtuoso player without question, but above all Martin Simpson conveys his diverse treasure trove of material from the heart, performing with rare subtlety, intensity and honesty. A true master of his art.

“Martin is in a class of his own. He is such an expressive player; he is ingenious in his use of the guitar. You can listen to one of his songs and three or four minutes in, he has only used the top four strings and not even played a bass note yet, and when he does, it feels like an orchestra coming in. His clarity of playing is just amazing.” Jackson Browne

“Simpson has become a fine interpreter of traditional and other songs, as well as a notable writer of his own.” The Times

‘One of our finest traditional musicians, Simpson’s latest album offers a roving overview of his talents’ **** 4 Stars Uncut