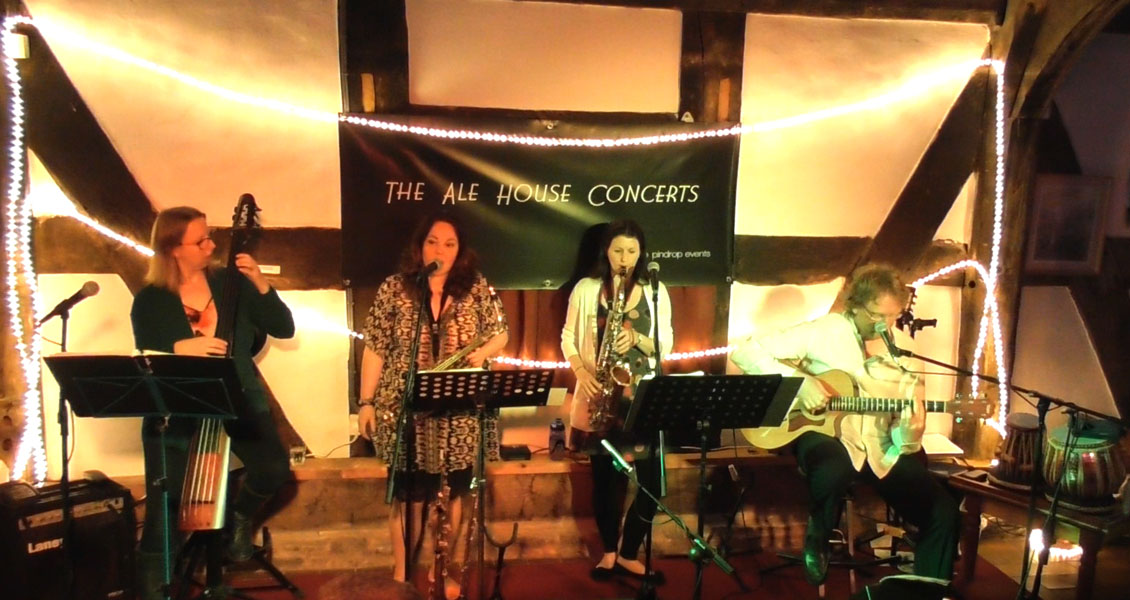 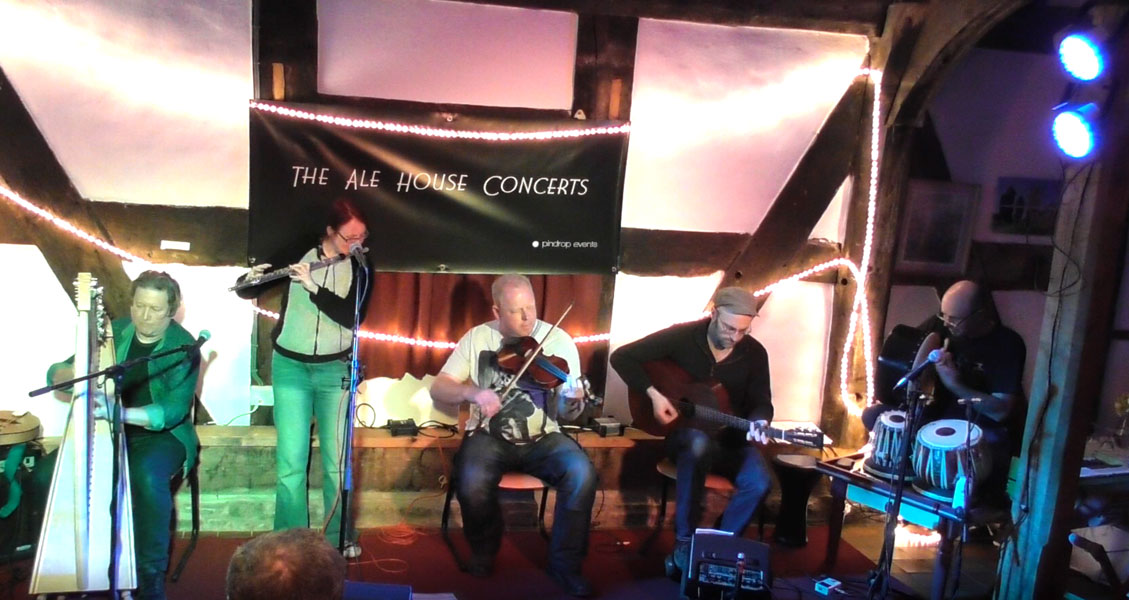 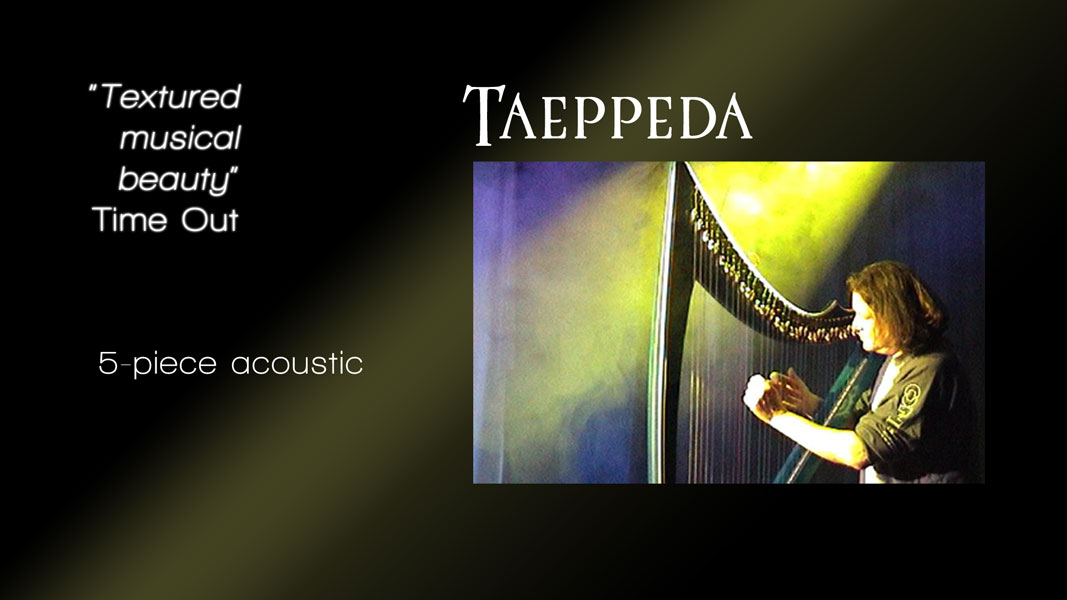 Taeppeda is the Anglo-Saxon word for Tapestry and this exciting new folk group skilfully interweave the old with the new. Bright, traditional tunes are played alongside original ones and given a backing of colourful funk, jazz and Latino rhythms. Celtic harp, fiddle, percussion, and acoustic guitar combine to produce a vibrant sound which is currently wowing audiences in the South West.

The band are led by harpist John Harris who has previously worked with artists such as Miranda Sykes (Show of Hands, Sykes and Preston), June Tabor, Alan Burke (Afterhours) and many others. Taeppeda have recently released a new album entitled ‘Faster then a Greyhound Can Run’.

“A resonant sound, brimful of imagery and sensation”The Irish World.

“…a fresh bright sound to the playing…The one solo instrumental track is ‘Leaping from the Nest’, which is a nice harp piece from John Harris.” Living Tradition