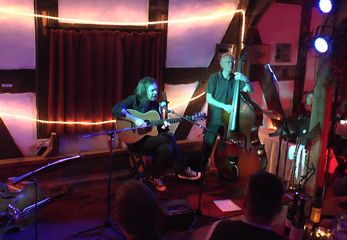 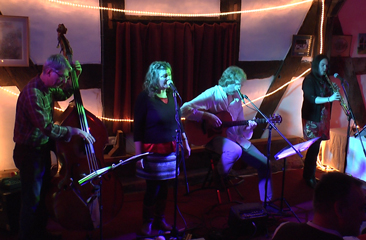 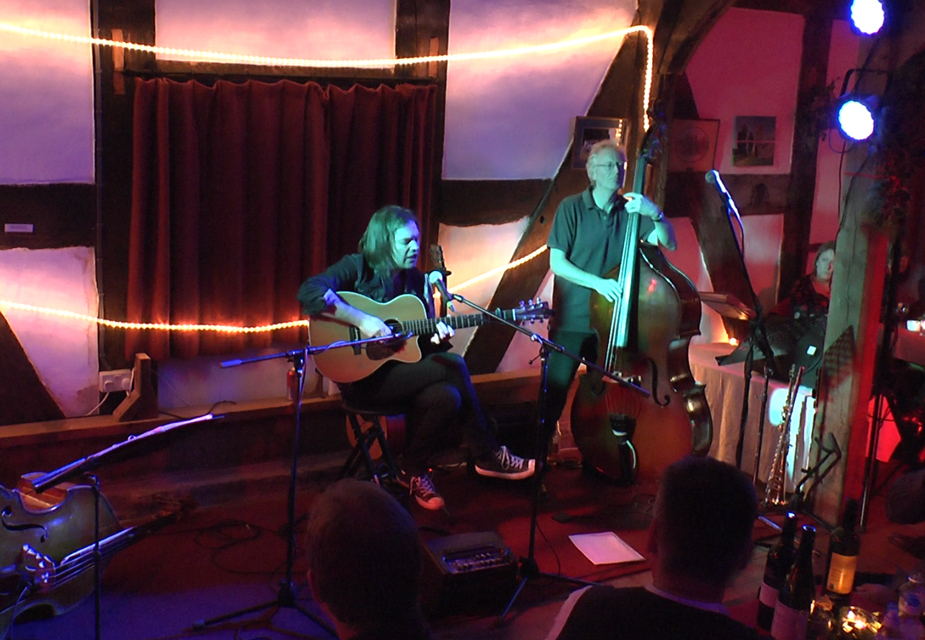 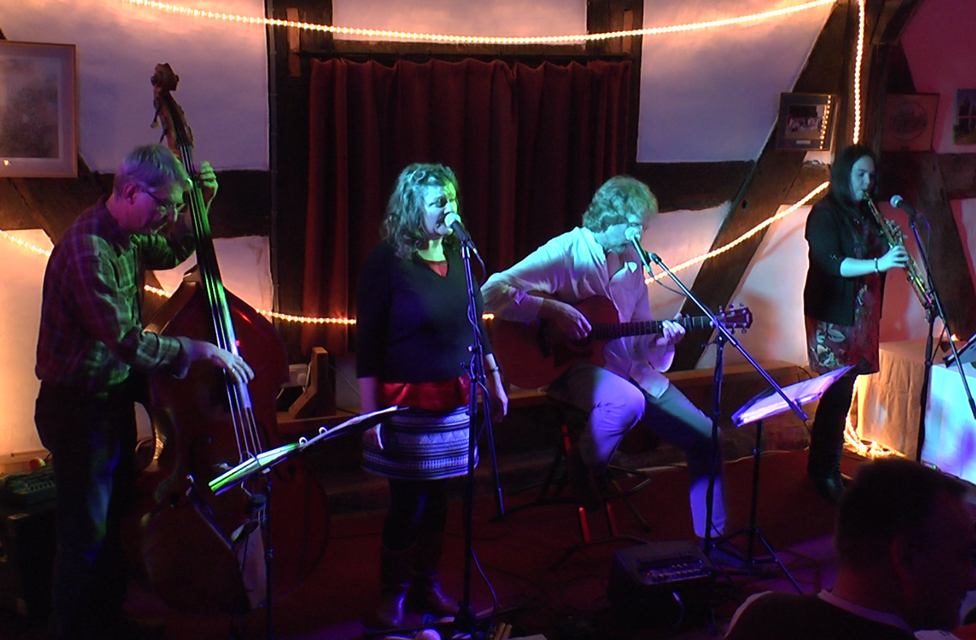 "We wassailed with great gusto & I wouldn't have missed it for the world."

"Brilliant. Loved the mince pies (thanks Jan) and ambiance."

"Enjoyed the music. It was very amiable."

"The venue was gorgeous, looked so pretty. Mince pies were the best ever! Thank you!"

"Another great evening of beautiful jazz. A little spoilt by the distracting behaviour of people in front of us."

"Lovely venue. Need people in front to stop moving about so can enjoy watching. Wonderful music."

"Very good. Nice range of music from both sets."

"Can't think of any. Would definitely come again."

"Nothing. Wish my mince pies were that good. Well done!"

"Dress code of group could be brighter! A little too much amplification on the bass."

"Not much to improve. Possibly better lighting from car park. Save up for new chairs." [Ed: The lighting of the path from the car park will be improved for future concerts. I'm afraid we're probably stuck with the chairs.]

"Website fine. The venue was gorgeous, looked so pretty. Mince pies were the best ever. Thank you!"

"Would be good to have fliers with info on the bands playing, & upcoming gigs next year." [Ed: good idea. Thanks for the suggestion.]

Madi Stimpson is an exciting and original guitarist and singer-songwriter. Leaving home at 16, he learned to play by busking and playing small pub gigs before taking off round Europe with his guitar in the late 80s. Especially spending time in Belgium, Holland and Ireland, Madi learnt from many great local folk and jazz musicians.

Settling in Cardiff in the year 2000 he ran his own band The MadIntentions, playing a mix of original, Irish, folk, bluegrass and jazz. They were popular performers in the South Wales area for five years.

Moving back to the Midlands at the end of the Noughties Madi started his own trio, again playing a diverse mix of guitar music, ranging from original compositions, to versions of great classics and contemporary pieces.

Along with live performance and songwriting, Madi has also been commissioned a number of times to compose music for plays, films and animations, puppet shows and experimental theatre.

With influences ranging from Chet Atkins and Les Paul, to Frank Zappa and Tarraf de Hadouks, bebop virtuosos Charlie Parker and Wes Montgomery, the gypsy jazz guitar masters Django Reinhardt and Bireli Lagrene and the British and Celtic folk legends of John Martyn, Pentangle and Moving Hearts, to mention but a handful of inspirational names, Madi draws on an astoundingly rich and varied range of styles.