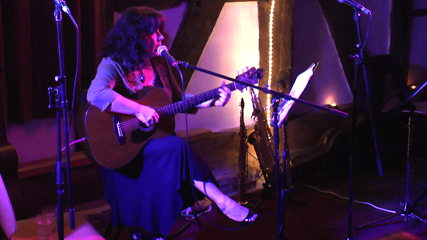 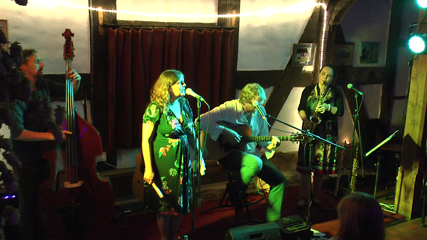 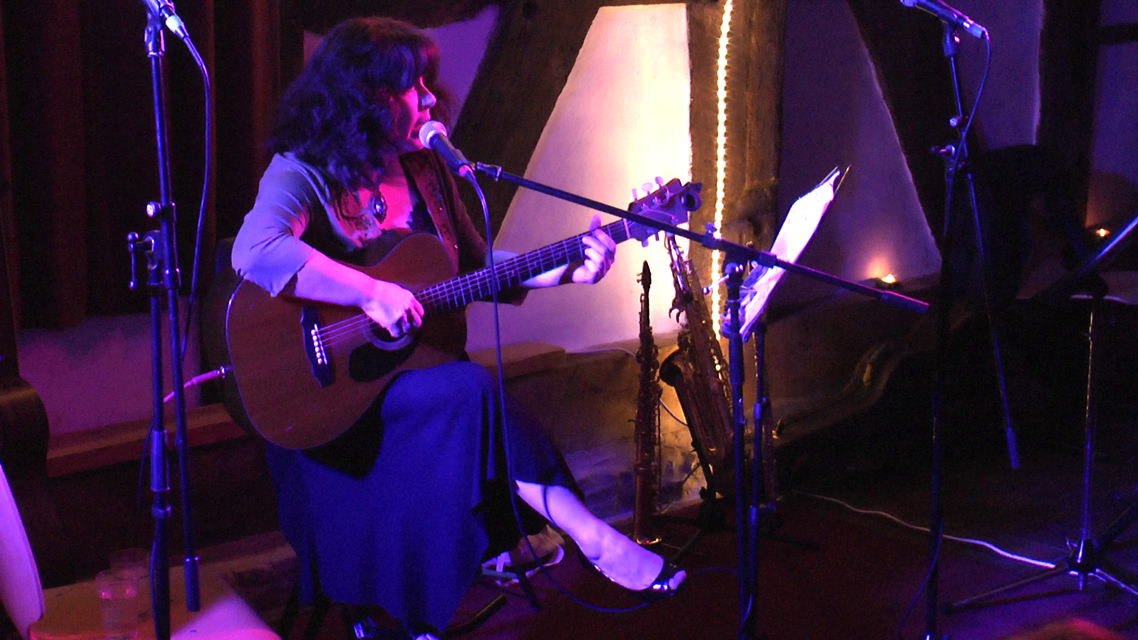 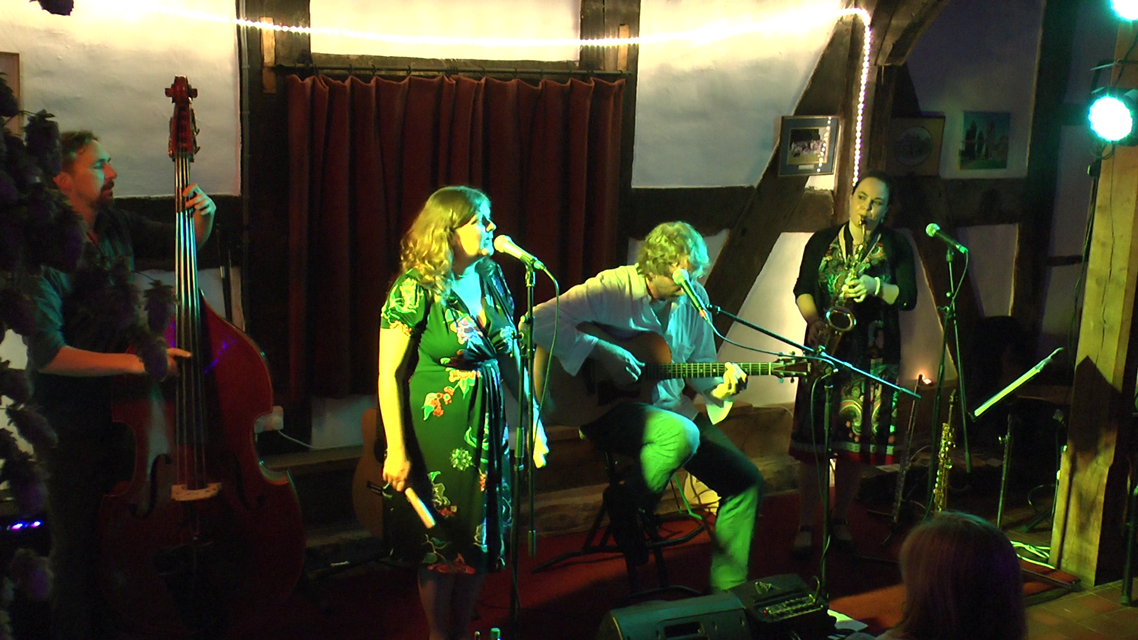 "Super venue, good musicianship. Great for Colwall to have quality like this. Why the late start?" [Ed. Apologies for this. We delayed the start because we were waiting for a party of five who had bought tickets online. In fact they never turned up.]

"100% delightful - can't wait for the next one. Please keep the venue just the way it is (perfect)"

"A fab evening's entertainment in a cosy intimate place - what's not to like? + an excellent payment method [Ed: on the web site]"

"Perfect, fun! Venue could do with more comfortable chairs"

[Ed: point taken about the chairs being uncomfortable for some people. Personally I find them very comfortable, but it probably depends on your shape! A solution will be sought.] 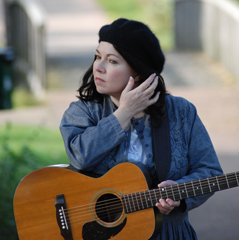 Karen is singer of exceptional quality and an award-winning songwriter with a huge experience performing solo, as a session musician and fronting jazz bands. Her songs have won BASCA and Music Maker awards. She is also a very fine guitarist. Karen recently moved from London into her new home in Worcester.

H Bragen: «In this clone world it isn’t cool to be natural. But anyone who can take you to several places within a few minutes has something unusual and that is what tips you on your head. Karen laughs with an audience because she connects with people easily but somehow that same laughter melds into something deeper when she sings her own songs. Listen to ‘Goodbye 31’ and ‘Speak The Truth’ and maybe you will feel it too.

"The thing was", he said , "they were just ignoring the other acts but when Karen started to sing, they shut up."»