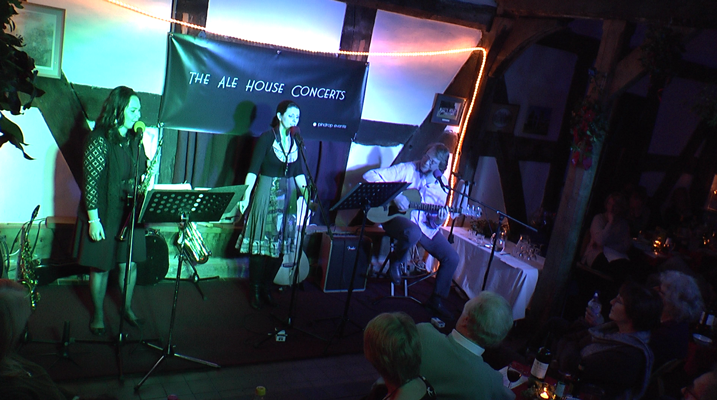 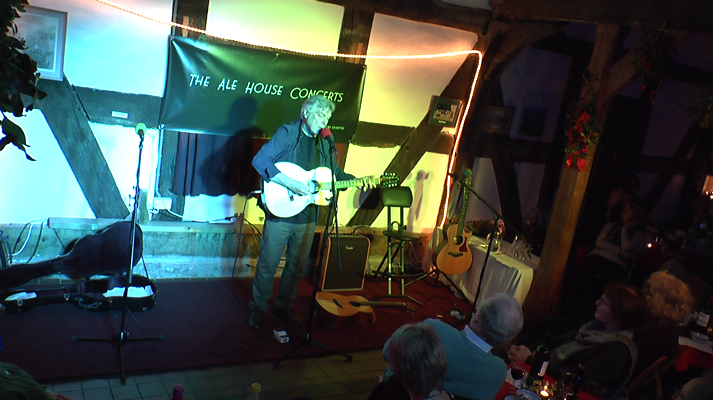 "When I die and go to heaven, I hope it looks like the Ale House with heavenly music & Jan's mince pies."

"It's like a private party among friends. Enjoy the banter. Lovely decorations. Yummy mince pies. Love the choruses."

"Absolutely brilliant! Both sets were a pleasure to listen to & the mince pies were delicious & a nice Christmas touch."

"Quite beautiful - what a spectacular duo of singers + great guitar, sax etc." 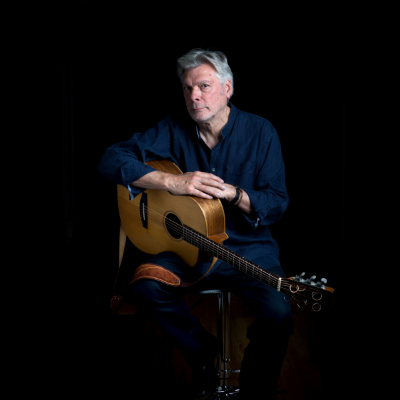 “The more you listen, the more there is to discover.” Bob Harris

The writer of the classics The Reckoning, Steve Tilston continues to surprise with his song-writing prowess his latest solo album Truth to Tell winning plaudits from the media and fans alike and he’s just released “Classy, thoughtful, folk… I suspect Lennon would have approved.” The Guardian 4*

Described as an artist of “stylistic versatility and consummate musicality”, “a complete guitarist”, “a singer songwriter of rare talent” and “absurdly accomplished.”

“When our generation of songwriters is assessed on our contribution to our time, Steve's work will rank alongside much better known artists.” Ralph McTell

He is a favourite amongst his peers too with Richard Thompson, Dave Pegg, Ralph McTell, Chris Smither, Wizz Jones, Robin Wlliamson and Bert Jansch among others having had nothing but good things to say about him. His songs have been recorded by various artists including, Fairport Convention, Dolores Keane, The House Band, Peter Bellamy, North Cregg, Bob Fox and Les Barker. Here’s to Tom Paine is the adopted theme song for the Tom Paine Society of America and we’ve lost count of the number of versions of The Slipjigs & Reels!

“His music has a flow and poignancy, which makes it, stand out from the plethora of singer/guitarists on the scene.” Guitar Magazine

Born in Liverpool and raised in the Midlands, Steve Tilston is one of our most celebrated song-smiths, in a career now amazingly spanning forty-five years and counting; he has become widely recognised within the world of folk and contemporary music: the words, arrangements and subtle but quite superb guitar playing could be no one else.

“…an artist still very much at the top of his game.” Living Tradition

Steve made his recording debut in the early seventies with the classic An Acoustic Confusion and has been turning out quality albums ever since. Life by Misadventure, And So It Goes, Solo Rubato and Such and Such all featuring first-class song writing, quintessentially English in style and typically Tilston, marking him out as one of this country’s finest writers, whilst Swans at Coole, an instrumental recording, is testament to his guitar virtuosity. He’s also released a “best of” anthology The Greening Wind and a live album Live Hemistry. His 2005 release Of Many Hands is his first all-traditional album. In 2006 he joined an illustrious band of guitarists (Martin Carthy, Wizz Jones etc.) recorded on DVD in the Guitar Maestro series and the following year was given the boxed-set treatment! Produced by Free Reed Records, the company behind the Richard Thompson anthology, Reaching Back: the Life and Music of Steve Tilston is a timely celebration of an illustrious career.

“…can stand shoulder to shoulder with any guitarist/songwriter in the world.” Dirty Linen