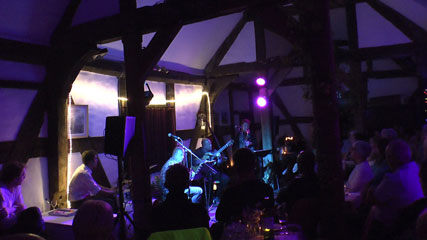 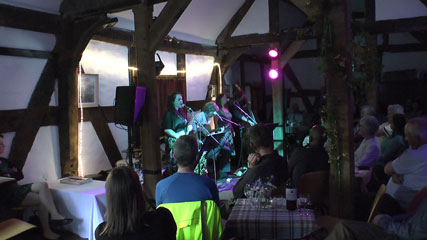 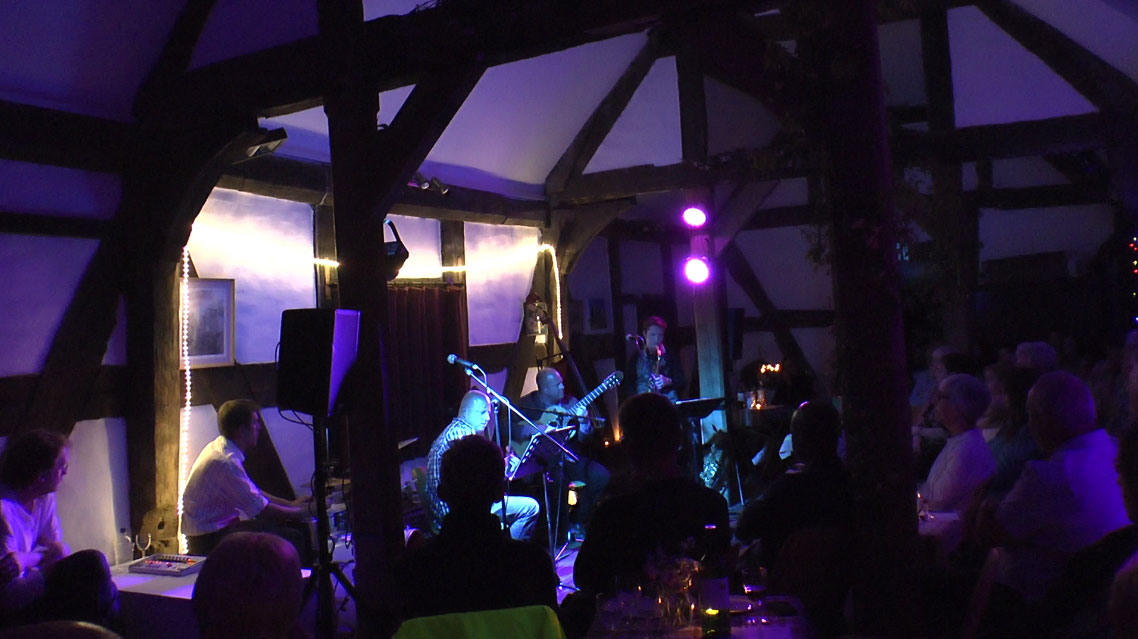 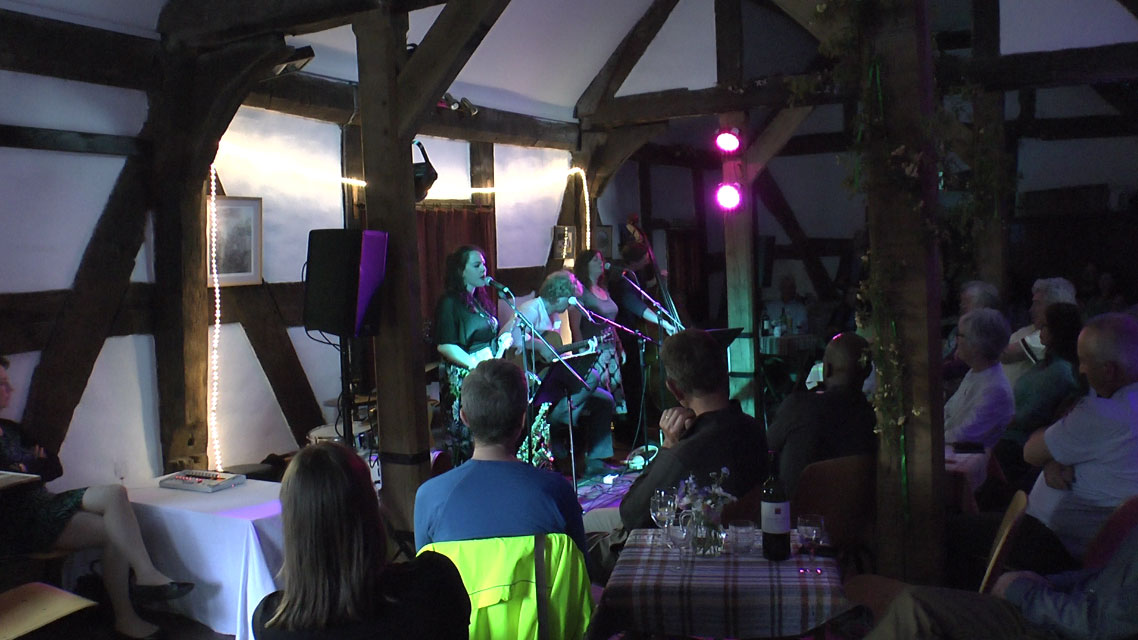 "Wonderful music. Top venue - Keep it up! Thanks."

"Loved it! Would come to anything like this again. Vocals were wonderful - just loved that hanging back behind the beat. Superb material. Where does the band perform regularly (locally) please.

"An atmospheric evening of fabulous, exciting music in a unique venue. The moths came in through the window & danced with delight. Loved it!" : Siou

"Fantastico! Wonderful atmosphere, superb ambience, the music was good too!"

"Excellent - surpassing expectations - really loved the unity of the first group [Ed: Appleby Kinsey] together - lovely melodies and harmony of female voices. Lovely intimate venue though a little restricted - especially if you all grow in popularity. Many thanks."

"A real treat - thank you. Wine and nibbles a lovely extra."

"The evening was artistically perfect." 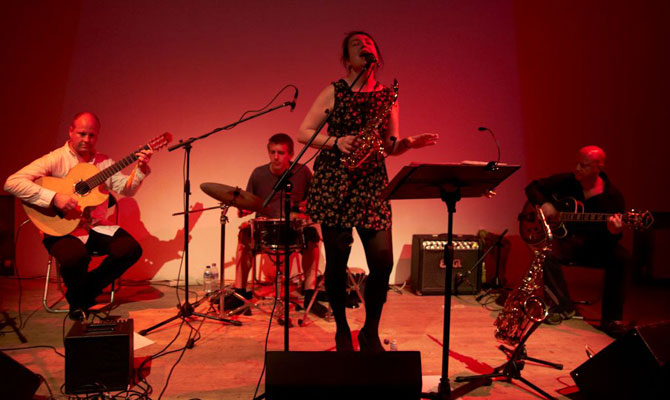 James Watson is a virtuoso classical / jazz guitarist and composer. Patsy Gamble is a world class saxophonist. Individually they have very active, acclaimed careers as performers and recording artists. Together they make one of the most exciting and original combinations around, playing an entrancing style of energetic and sophisticated acoustic jazz.

The line-up includes James' brother Tristan on guitar and James Henstock on percussion.